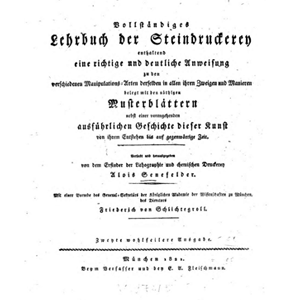 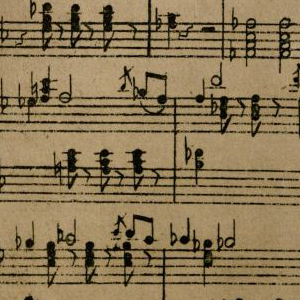 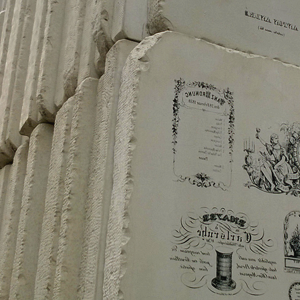 He was born In Prague in 1771, 6th November. He was born in a house by Rycerska Street. There is a hypermarket now on the place where was the house. His mother was a laundress and his father was an actor. These are his all first names: Johann, Nepomuk, Franciszek, and Aloys. His father sent him to study law in Munich Royal Academy. After his father death, at the age of 19 young Senefelder quitted the Academy and joined a group of actors to do what he loved and to help his mother a bit. Aloys was a talented actor and play writer! Aloys wanted to earn a fortune selling his plays but the printing costs were too high for him to afford publishing them.

His invention was provoked by his need of cheap and quick publishing of his plays. The publishers were not interested to cooperate with him so he decided to publish his plays himself. At the very beginning he wanted to copy his texts from copper, steel and zinc slabs but the methods appeared too expensive.

During printing on the copper slabs he used to mix the paints on a piece of stone he had found around his house. One day his mother asked him to note down the list of washing. As he did not have any pen and paper he noted the list down on the stone. Later on when he tried to wash the list up it appeared that the drawing does not absorb water! He ran on the idea to etch the stone matrix in relief to publish his plays. He used stone plates/slabs. The stone he had found around his house was the beginning of flat printing! Senefelder used nitric acid to etch the stone matrix. The nitric acid is still the most popular acid used in lithography. Lime schist/lime slate from Solenhofen (Bavaria) is the best stone to practice lithography because it is very homogeneous, it is easy to polish, etch and print. 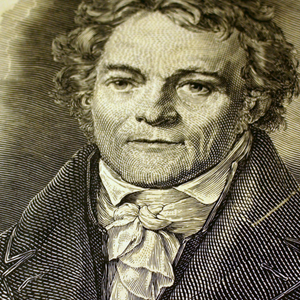 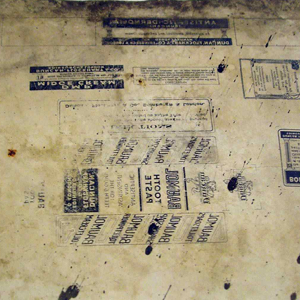 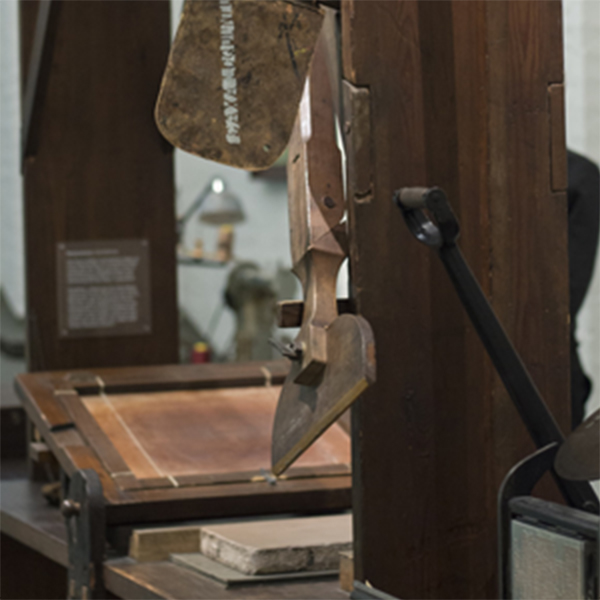 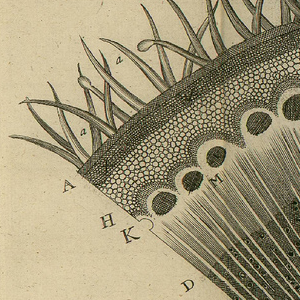 Senefelder traced the most important rules in lithography. After many experiments he used gum Arabic dilution to protect nonprinting surfaces against absorbing the paint. He invented first inks and lithographic crayons. Though Endelman patented chromolithography it was Senefelder who created the fundamentals of this technique.

Senefelder elaborated the first printing press. His press was different from the convex-printing and concave-printing presses. Senefelder’s press was based on simultaneous friction and pressure. No more turning cylinders, no more hydraulic pressure! Transfer (autography) techniques were in his opinion his most important inventions in lithographic technology. He also tried to create artificial lithographic stone. This invention is described in details in a book „Vollstandiges Lehrbuch der Steindruckerei”, Monachium , 1818. Later publications of the book are printed by himself (lithography method):1819 – Paris, 1819 – London, 1824 Neaples.

“I took perfectly polished stone. I made a soap drawing on it. I poured light gum Arabic dilution. Then I applied fat paint on the whole surface of the stone. The fat places were black, while the others stayed white.” He patented the process and improved it during his life.

Senefelder gave his invention a lot of solemnity. “Lechrbuch” is the course book of chemigraphy (written by Senefelder). The book contains great autobiography in which we can read: “Oh God! Bless the minute when I invented lithography!” 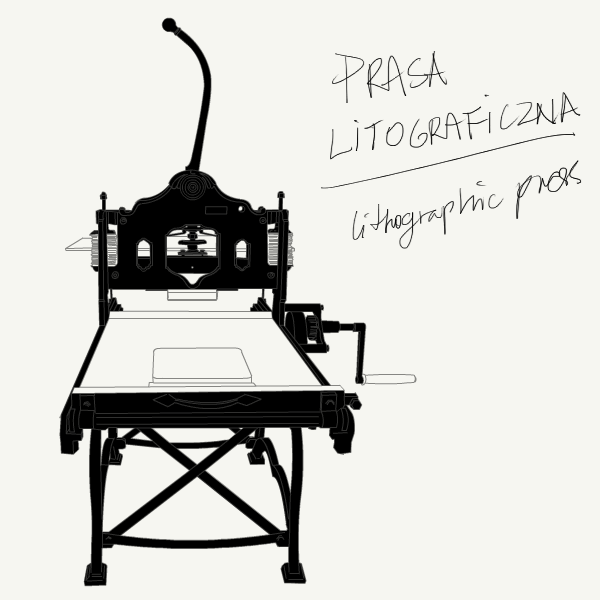 In 1798 Aloys Senefelder invented lithography (printing and not printing surfaces are on the same expanse). It is due to chemical processes which are held during preparation of the printing press. Drawing on the lithographic stone is easy because it is similar to drawing on the sheet of paper. Lithography is a very picturesque method because you can use all colors; imitate painting and graphic methods except relief.

Lithography started to develop at the beginning of the 19th century. Such artists like Goya, Gericault, Daumier, Gros, Charlet, Lautrec, and Delacroix were also interested in this technique and participated in the technique’s development. In 1810 Duplait invented dry point on the stone technique. Hildebrandt and Didot worked on colour lithography. Engelman in 1837 improved and patented chromolithography (from many

As a matter of fact the moment of inventing offset can be treated as the moment of the death of commercial lithography. Engelman was special among the other mentioned names. In his book “Traite theoretique et pratique de la lithographie”, 1840 he writes about lithography’s value as the reproductive technique.

The lithography development was very quick because of two reasons: the drawing on the stone could be prepared very quickly (quicker than using other techniques) and the work to prepare the matrix was rather light. Although Senefelder developed lithography to publish texts and melody tunes he soon realized that this technique is perfect for copying drawings and pictures too.